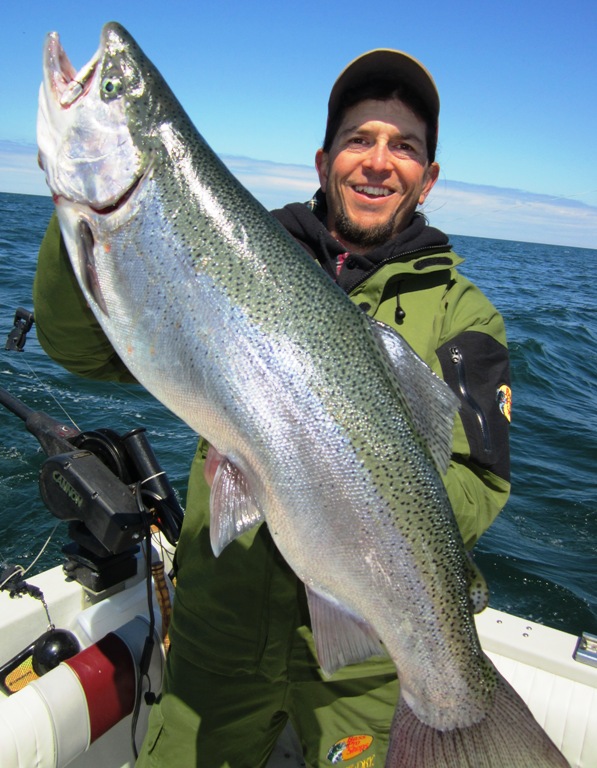 Steelhead Trout is best found in the upper, thermal lake currents of late spring and early summer. They are “supreme acrobats” and a ready match for even the most savvy of anglers. We fish the big “Steelies” using a variety of surface techniques (ie. planer boards, drop balls, and dipsey divers). The fish generally average 5-12 lbs. with occasional specimens reaching the 20 lb. mark. Their strike is like no other in freshwater fishing. 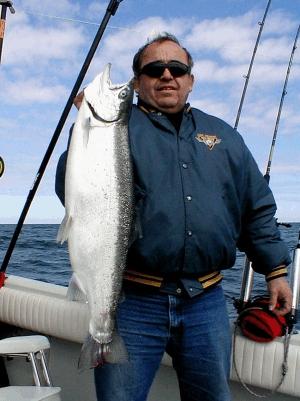 Steelhead during the month of April can be a bonus to some fantastic Brown Trout fishing. Steelhead like the one above came in just 8 ft. of water while pursuing Brown Trout at our spring fishing lodge.  This lucky New Hampshire angler took this Steelhead and several others while fishing planer board techniques with Capt. Bill Saiff III. 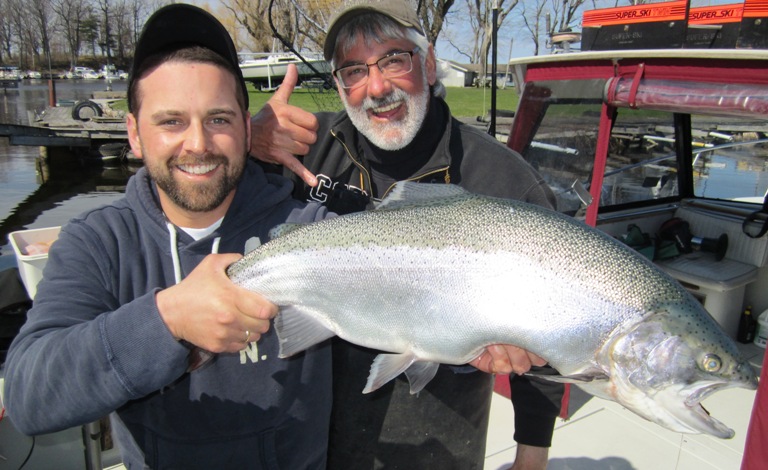 Here is a Steelhead that flushed from one of the tributaries along the south shore.  His silver color, lets the angler know that he’s been in the lake for some time.  Once these fish leave the tribs, they stay near the shoreline gorging themselves on prevalent bait.  They grow heavy, turn silver and move off-shore…..Unless, they get short circuited by the Saiff Fleet!