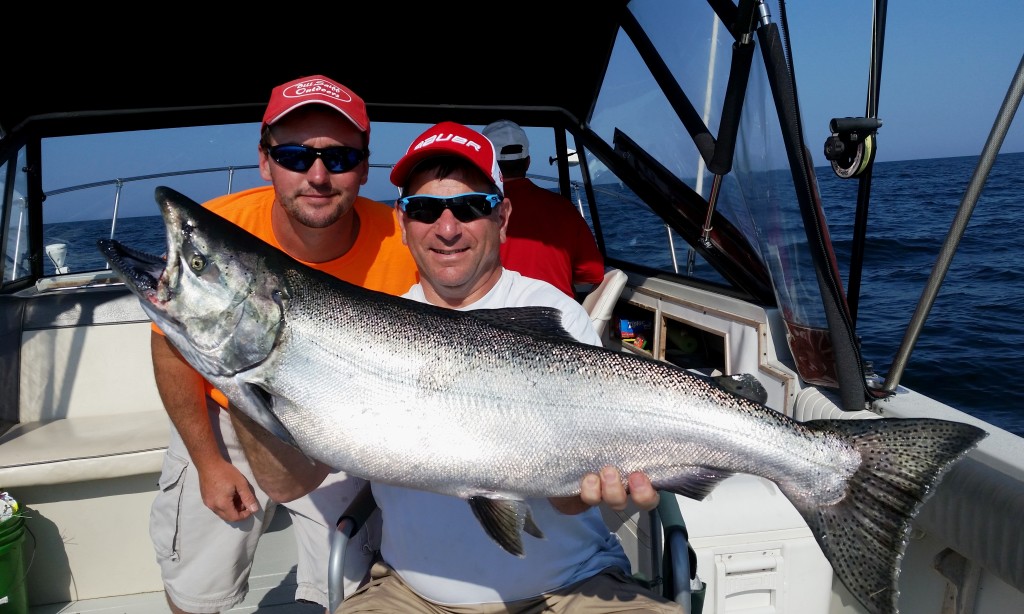 A Classic example of a Staging King Salmon. Notice the Golden color as this fish advances in it’s life cycle.  Pursue these fish from mid-Aug. to mid-Sept. 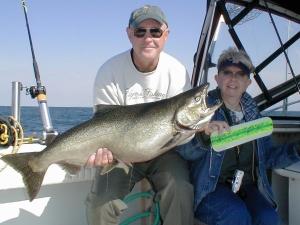 Staging Kings are at peak weight during this time. Anglers will be fishing closer to shore as fish move towards spawning rivers. Attractors are used to entice mature Kings into the trolling pattern. Once there, the Kings home in on bait or flies trolled behind the attractors. 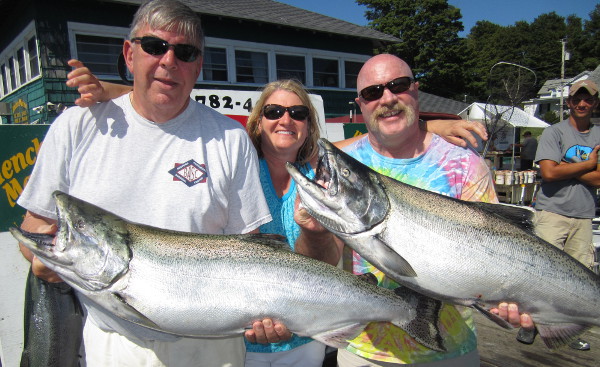 Kings enter the eastern basin in Late June and remain throughout September. The summer fishery yields bright colored salmon such as these, while August and September are more noted for staging fish. Whichever you prefer, expect them to take 100 yds. of line on the strike. You won’t forget the fight!

While the Chinook (King) salmon is the most common salmonid in our waters, there are also Cohos and Atlantics. Kings are “line burners”, Cohos are “jumpers” and the Atlantics are “a mix of both”. Mike Seymour and Bob Flavin took this Coho/King double while writing an article for New York Sportsman Magazine. Action like this is common during August staging periods.